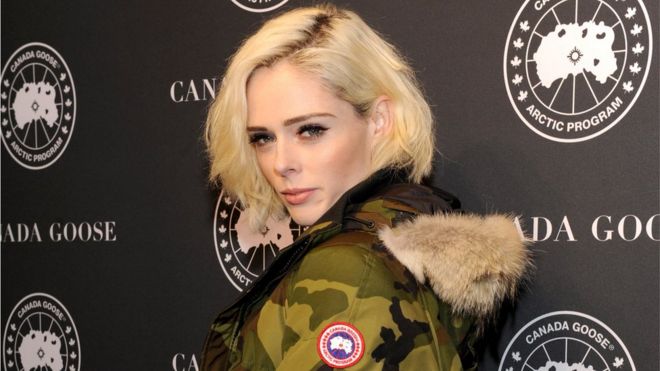 Canada Goose, maker of Arctic coats costing as much as £900, has applied for a stock market listing in New York and Toronto.

The company, part-owned by private equity firm Bain Capital, wants to pay off some of its debt, it says.

It was founded in 1957 in Toronto and is known for its coyote fur-lined hooded jackets.

The company says it started off making woollen vests, raincoats and snowmobile suits.

It then moved into Arctic and mountain expedition coats and more recently, luxury jackets.

The company issued a $100m (£80m) placeholder filing, but could raise as much as $300m, valuing the company at $2bn, according to Bloomberg news.

Canadian Imperial Bank of Commerce, Credit Suisse, Goldman Sachs and RBC Capital Markets will organise the share sale, according to the filing.

The company has seen rapid growth of late. It booked 291 million Canadian dollars in sales in the year to the end of March 2016, up from 218 million a year earlier.

In December 2013, Bain Capital bought 70% in the business to accelerate its growth. It charges the company a management fee for its expertise.

While using fur and down in its coats, the company says “down only comes as a by-product from the poultry industry and has not come from live-plucked or force-fed birds”. Its fur comes from regulated trappers and not fur farms, it says.