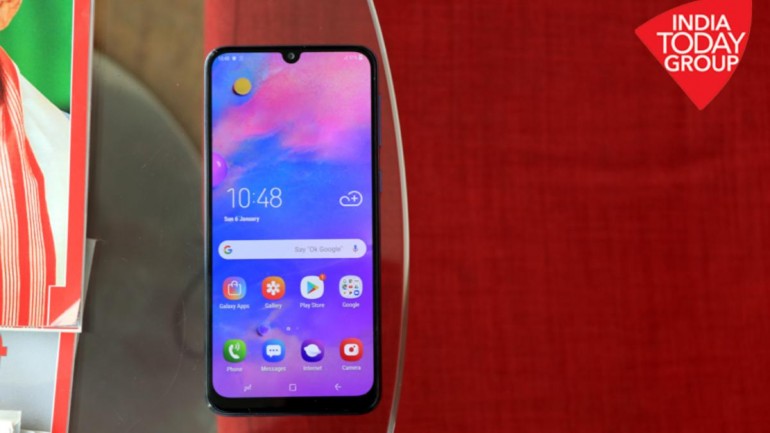 It has been three months since Google rolled out Android 10 for its Pixel devices. Since then, a lot of smartphone vendors relying on Android have rolled out the new version. So far, the new Android has only been rolled out to flagship-grade devices but Motorola and Samsung have now started to bring the new Android to more affordable phones. Samsung goes ahead to update two of its Galaxy M series devices whereas Motorola goes a slightly different way by rolling the update first to its last year’s midrange offering for India.

Let’s begin with Motorola. The Lenovo-owned brand has started rolling out the Android 10 update to its last year’s Motorola One Power. The One Power is now discontinued but it was an Android One device and it came with a promise of two major Android updates. The phone originally launched with Android 8.0 Oreo and was updated to Android 9 Pie last year. The second and final update, being the Android 10 update, is now rolling out as well.

The One Power will get a stock Android 10 interface and that means users will be able to experience new features such as dark mode, gesture navigation system, more privacy options and a revamped UI. The One Power uses a Snapdragon 636 chipset and has a massive 5000mAh battery with a 15W TurboPower charging system. Motorola hasn’t rolled out the Android 10 updates for newer phones like the One Vision and One Action yet.

Samsung, on the other hand, is rolling out the Android 10 update baked with its One UI Core 2 interface for the Galaxy M20 and Galaxy M30 in India. Both the phones launched without One UI at the beginning of 2019 but with the Android 10 update, the M20 and M30 now receive the One UI 2 update. The update on the Samsung devices weighs almost 1.3GB and it is suggested that you should connect to a Wi-Fi network to download the update.

The Galaxy M20 and M30 have been Samsung’s offerings in the sub-Rs 15,000 category until the newer Galaxy M30s was launched. Samsung had originally planned to release Android 10 starting from January to its current crop of phones but surprisingly, the update rollout has started earlier than usual.