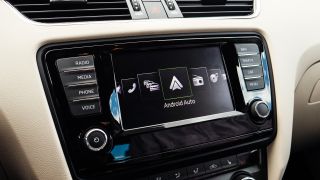 The beauty of Google Assistant is being able to control an Android device without having to touch it. It’s a concept that’s perfectly suited to driving, and Google Assistant integrates neatly with Android Auto for voice-driven in-car control. Or at least that’s the idea.

According to a Google Assistant user who got in touch with Android Police, the digital assistant has developed a strange habit of turning a deaf ear to commands. Queries that are put to it go unanswered, and there are numerous complaints along the same lines from others in Google’s support forums.

What’s particularly strange is the fact that Google Assistant hears and understands what’s being said; it’s just not responding appropriately – or at all.

A quick check of Google’s My Activity page shows that commands and questions issued to Assistant have been transcribed and processed.

Some users complain that Google Assistant responds to some commands but not all, while others say that everything is being ignored. There are also some people complaining of a ‘double beep’ problem when they press the microphone or ‘Speak’ button in their car.

The sound of silence

The problems have proved more widespread for those who are participating in Google’s beta programs, but they’re also present in stable builds. Google has acknowledged the issue, but it is not clear when a fix will be made available.

In the meantime, some people have found that clearing the cache for the Google app can help (head to Settings > Apps & notifications > Google > Storage > Clear cache), but this seems to only be a temporary solution. We’ll let you know when Google releases an official fix.