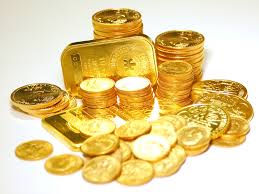 When she was in a jewellerystore a couple of years ago, Saroja Yeramilli noticed a young woman whose mother was forcing her to try and buy a large necklace. “The girl was frustrated and told her mother the jewellery wouldn’t go with the western clothes she wears every day,” says Yeramilli, who was working with Titan at the time. And every other young woman she met seemed to echo the sentiment. “But the funny thing was, all of them thought they were unique when they said `I am not a jewellery person’,” she says.

That’s when Yeramilli realized there is a market for light, everyday jewellery that young women could shop for on their own. And in 2015, she co-founded Melorra, an online jewellery brand that targets young, urban Indian women.

The e-tail boom has put more products online than ever before. Jewellery too. But jewellery remains a small ecommerce segment despite Indians’ love of gold. Industry estimates that online jewellery sales accounts for a little over 1% of the total purchases. But it has grown rapidly.

A Euromonitor report pegs the Indian online jewellery market at Rs 5,310 crore, up from Rs 1,000 crore in 2011. There has also been some intense activity in the space in the past few months, indicating that online players may be poised to increase their share in the Rs 4 lakh crore jewellery market -BlueStone announced earlier this week that it has received `200 crore in Series D funding, while Titan recently bought a 62% stake in Chennai-based CaratLane.

Most startups remain predominantly purchase spots for fine jewellery and low-value precious jewellery . The big wedding market is still one they haven’t been able to make a dent in. In a market where a sale can touch Rs 7 lakh, online jewellery sellers say the average size of a sale is under Rs 20,000.

“While high-ticket transactions do happen on our portal, most sales are in the range of Rs 30,000 to Rs 50,000,” says Gaurav Kushwaha, founder, BlueStone, which did Rs 250 crore in revenue in 2015-16. A substantial number of visits to online gold and diamond jeweller CaratLane are to browse and buy relatively small ticket items. “There have been close to 2 million visitors to the website with a chunk of visitors discovering products online and making their purchases in our offline stores,” says Avnish Anand, co-founder, CaratLane. “Those who do purchase online, confine themselves to spending no more than Rs 20,000,” he says. Customer issues about trust and the need to touch and feel jewellery keeps them from making large purchases online, he says.

That realization has made several portals establish offline centres. CaratLane, for instance, has 12 physical stores in major cities.

Voylla, backed by Peepul Capital and which sells fashion jewellery in the range of Rs 300 to Rs 10,000, started as an online-only player, but launched brick-and-mortar stores six months ago and now sees 40% of sales from them. With 48 offline stores in 20-odd cities, co-founder Vishwas Shringi expects of fline sales to overtake online soon. “Online is growing fast, but the base is still low. Also, the primary driver of online sales is still pricing, it’s still not a destination shop,” he says.

Investors and experts note that while online is a great medium for jewellery purchase, it may not become the primary platform for wedding purchases.

Karan Mohla, executive director at IDG Ventures, says online is the right platform for jewels in the Rs 500-5,000 price bracket. “The medium has gained good traction for fashion accessory jewellery. This is a monthly-buy platform that will create loyalty among the customers,” he says. Mohla adds that players like Voylla, Melorra, Velvetcase and Pipa&Bella have done well selling semi-precious jewellery. “These players have opened up the platform for sellers and designers, giving wider options for consumers.”

N Ananthapadmanabhan, managing director of Chennai-based chain NAC Jewellers, which has been in the business since 1917, estimates that the average ticket size for wedding purchases is Rs 7 lakh. “The highest value sales happen for weddings, but online portals cannot tap this market as customers would want to touch and feel the product, and make their purchase with a trusted offline retailer. It is a once-in-a-lifetime purchase,” he says.

Still, the scope for growth for on line and for newer ventures is seen to be huge. Startups are expanding their customer base by focusing on design and newer marketing strategies.

While single-brand start ups bet on innovative de signs, some players are aggregating numerous sellers on one online platform what are called marketplaces.

Started in 2012 as a single brand company, Mumbai-based Velvetcase transformed into a multi-brand jewellery marketplace last July. Founder and former Microsoft Asia lead Kapil Hetamsaria says women were taking to shopping for jewellery online and he was finding it hard to cater to their various demands while retailing just one brand.

“The same women who were buying jewellery worth Rs 1 lakh also wanted Rs 3,000-earrings. As a marketplace, we cover the entire price range now,” he says. The marketplace model also helped them connect unorganized retailers, who are specialists in ruby, pearl and diamond, with end consumers. The platform has tied up with 300 sellers in 28 cities in India.

Innovations like 3D printing, customization and try-it-out options keep customers hooked. Melorra does not have an inventory and manufactures on a per-order basis in Mumbai and Jaipur. Yeramilli says they sell to almost 4,000 pin codes across India. “Apart from cities, we are seeing customers from smaller towns. People are willing to spend on unique jewellery designs. And the repeat buyers have shown that we are not a niche segment anymore,” she says.

BlueStone’s Kushwaha says they started a `Home Try On’ option a year ago to address the problem of people wanting to feel and see the pieces. “It is a habit that takes time to change,” he says.
Early starters like him will likely have an advantage. The cost of doing an online jewellery business is high and there’s the constant need to innovate and invest in jewellery and website design.
“It is tough for newer brands to enter the segment, giving existing players a great opportunity to scale. Besides, unlike apparel or furniture, returns of goods purchased are fewer. And since the size of jewellery is small, logistics costs tend to be lower. These give the sellers 50% margins,” Mohla says.
[Source:- timesofindia.indiatimes]