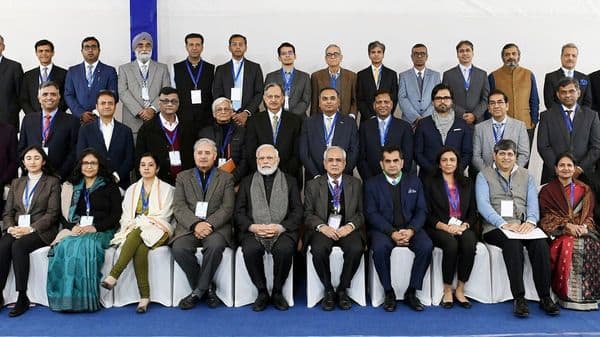 Prime Minister Narendra Modi on Thursday told business leaders that India has the strength to bounce back from the ongoing slowdown and that the goal of a $5-trillion economy was realistic.

Modi shared his confidence of achieving the medium-term goal at a meeting with economists and representatives from various industries ahead of his government’s FY21 budget.

The Union budget to be presented on 1 February is expected to include measures to boost growth and job creation, following the consultations Modi and his administration have been holding in recent weeks.

The idea of India’s economy gaining the size of $5 trillion is not a sudden one and is based on a deep understanding of the strengths of the country, Modi said, according to an official statement. The economy has strong fundamentals and has the capacity to bounce back, it said.

The statement quoted Modi saying sectors such as tourism, urban development, infrastructure and farm-based industry have great potential to take forward the economy and aid employment-generation.

Thursday’s meeting was attended by economists, private equity and venture capital investors, representatives of the manufacturing, travel and tourism, apparel and consumer goods industries and agriculture and finance experts.

Modi’s confidence in achieving the goal of a $5 trillion economy by 2024-25 is despite the recent loss of growth momentum that has become a big development challenge for the government in its second term. Modi called for a focused effort from all stakeholders to achieve the $5-trillion target. The Prime Minister’s colleagues in the council of ministers, Niti Aayog vice chairman Rajiv Kumar and chief executive officer Amitabh Kant were present at the meeting.