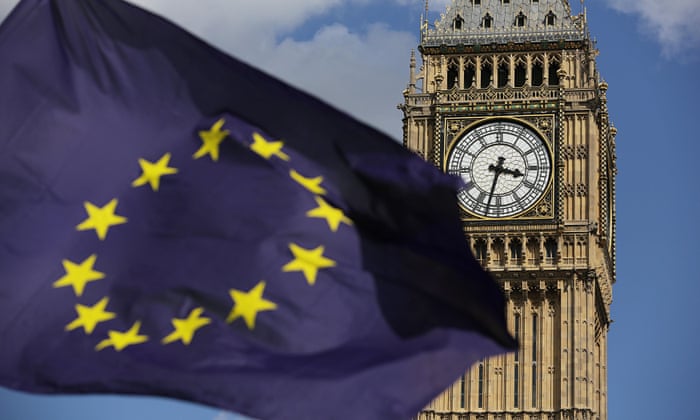 British business and the trade union movement have made an unprecedented joint demand to Theresa May to guarantee immediately the rights of European Union migrants to remain in the UK, warning that further uncertainty will inflict serious damage on the British economy.

In a strongly worded letter to the prime minister, the British Chambers of Commerce (BCC), representing companies with a combined workforce of 5 million employees, and the TUC say that more delays will be bad for business, families, local communities, and public services, such as the NHS.

At an EU summit in Brussels last week, May told EU leaders that she wanted a decision about the rights of 3.2 million EU citizens living in the UK, as well as the more than a million UK residents in other EU states, to be made as soon as possible – but only after formal talks are triggered in March next year.

However, in their letter sent to Downing Street on Saturday, the BCC and TUC demand that May “demonstrate leadership” with a “bold move” now that will end the worry and uncertainty for millions of people, and for companies, whose futures have been thrown into doubt by the 23 June Brexit vote. The BCC and TUC say that many EU citizens are already leaving the UK and more will follow unless a decision is made imminently.

They say that migrants should no longer be used as bargaining chips in Brexitnegotiations, but instead be given “the reassurance we would expect to be shown to UK citizens across the Continent”.

In their letter, BCC director general Adam Marshall and TUC general secretary Frances O’Grady say: “The business communities and workers we represent across the United Kingdom share a deep and abiding concern for the rights of EU citizens currently living and working in this country.”

They write: “Today, we urge you to break the deadlock – and give an unequivocal commitment that EU citizens working here will have a permanent right to remain in the UK.

“We recognise that this would be a bold unilateral move, particularly before the start of a complex Brexit negotiation. But it is the right move for these workers, for the businesses that employ them, for the Exchequer, and for the UK economy as a whole.

“It would also send a clear signal to our colleagues and to our European friends that Britain is committed to doing the right thing. Securing EU citizens’ right to remain would provide much-needed certainty for businesses, working people, their families and local communities.

“In addition, the government must hold to account the small number of unethical employers who exploit migrant workers to undercut pay and conditions of employment.”

So far, the government has stuck to its line that it will not guarantee the rights of European Union migrants in this country until those of British citizens in other EU states are also confirmed.

O’Grady told the Observer: “This uncertainty is hugely worrying for working people and their families who have made Britain their home.

“It’s the right thing to do. But it’s also about what is right for Britain, too. Continued doubt about the status of workers from the rest of the EU is bad for business, and it puts services like the NHS at risk.

“The government must also crack down on the minority of employers who exploit migrants and undercut wages in the local community.”

Marshall said: “Business communities across the UK are deeply frustrated that ministers have declined to guarantee the residence rights of their EU employees and colleagues. Some firms are already losing key members of their staff as a result of this avoidable uncertainty.”

According to the Office for National Statistics, 2.1 million EU nationals were employed in the UK in the first quarter of 2016 – 224,000 more than in the same period in 2015.