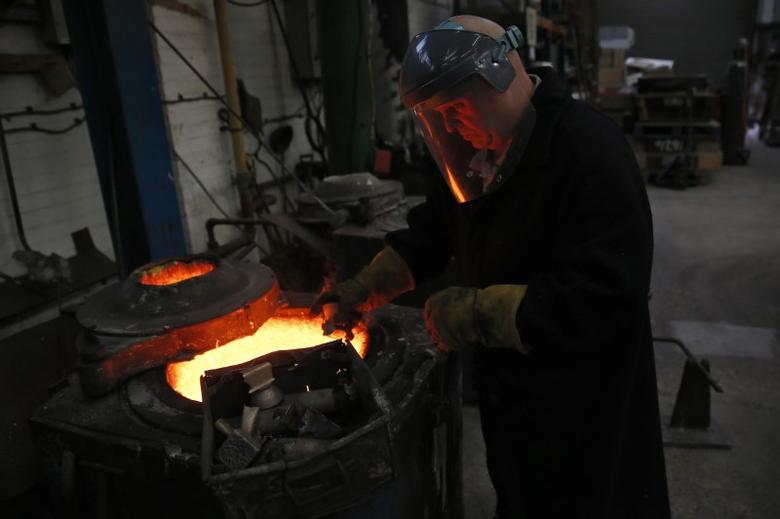 British factory bosses are downbeat about the outlook for the economy after last year’s Brexit vote even though they expect their sales both at home and abroad to improve in 2017, an industry survey showed on Monday.

An annual survey by manufacturing association EEF showed 47 percent of executives in the sector predicted a decline in Britain’s economic fortunes this year, up from 28 percent in the same survey in 2016.

Only 25 percent said they expected to see an improvement.

Still, manufacturers were confident they would perform well in the face of uncertainty around Brexit, with half expecting to increase their sales at home and more than 40 percent anticipating improved export sales.

British manufacturing had a mixed performance in 2016, with economic growth driven mostly by the much larger services sector and consumer spending.

A separate survey from credit card company Visa Europe showed consumer spending expanded at an annual rate of 2.8 percent in the fourth quarter – more than double the pace of the previous two quarters.

However, consumer spending power looks likely to wilt in the face of rising inflation following the pound’s post-Brexit vote drop – something that two-thirds of manufacturers in the EEF survey cited as a big risk.

Last week a record number of manufacturers in a British Chambers of Commerce survey – the largest of its kind – said they expected to hike selling prices in the coming months.

“Global political upheaval means that 2017 looks set to be another bumpy ride, with manufacturers forced to navigate uncertainty, unpredictable economic conditions and a number of risks that have been amplified by Brexit,” said Terry Scuoler, chief executive of EEF.

Britain’s economy looks on track to have expanded by more than 2 percent in 2016 – faster than almost all other big advanced economies except perhaps the United States.

Economists polled by Reuters expect Britain’s growth rate to more than halve in 2017 to 1.1 percent. [ECILT/GB]

EEF conducted its survey of 281 manufacturing executives between Nov. 2 and Nov. 23.