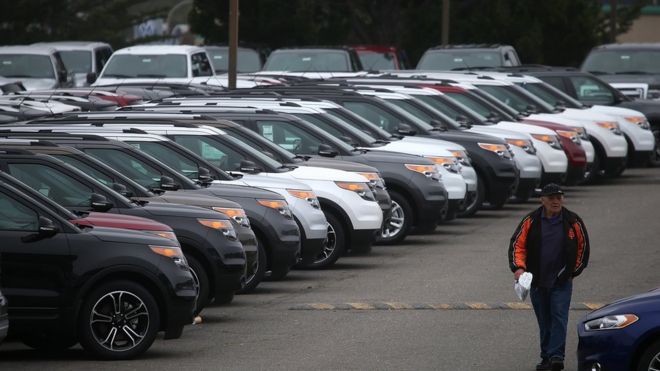 Retail sales in the US rose faster than expected in October, helped by strong car sales, figures have shown.

The data is the latest evidence that the US economy is growing strongly and adds to speculation that there could be an interest rate rise next month.

The Commerce Department said retail sales rose 0.8% in October from the month before, and were up 4.3% from a year earlier.

The combined sales rise over September and October was the largest two-month gain since early 2014.

The Commerce Department said there was strong demand for building materials in the wake of hurricane Matthew.

In addition, car sales rose 1.1% last month after an increase of 1.9% in September. Spending at service stations increased by 2.2% in October as petrol prices rose.

The dollar strengthened following the data, amid speculation that US interest rates could be increased in December.

Earlier this month, the Federal Reserve – which holds its next policy meeting on 13-14 December – said it judged the case for an increase in rates had continued to strengthen.

The US economy created 161,000 jobs last month, and the same data release showed the number of jobs created for the months of August and September was revised up.