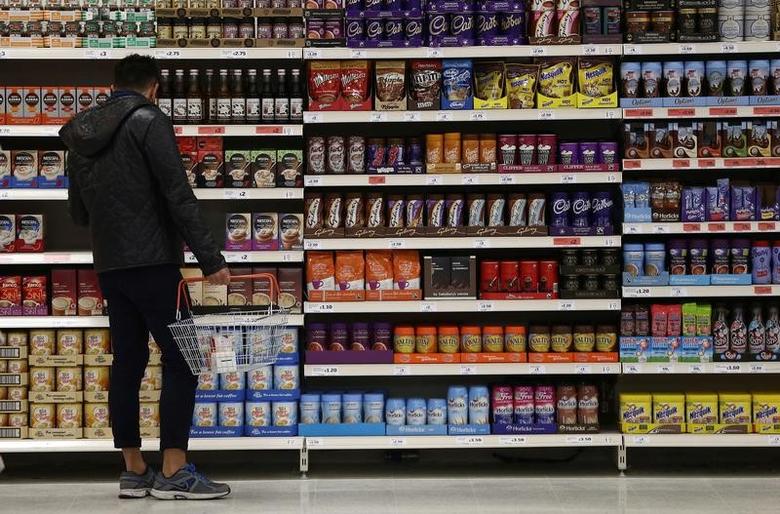 British supermarket Sainsbury’s (SBRY.L) warned that higher staff wages and its price battle with rivals would mean a tougher second half after first-half profit fell by 10 percent.

Sainsbury’s is a distant second behind market leader Tesco (TSCO.L) in a retail sector which has been shaken by the rise of German discounters Aldi and Lidl.

Seeking to expand further beyond food and household staples, Sainsbury’s it bought Home Retail, owner of the Argos chain for 1.1 billion pounds in September.

It said on Wednesday it would introduce around 250 Argos outlets in supermarkets over three years.

Some investors have expressed concern the Argos takeover unwisely increases Sainsbury’s exposure to higher import costs given the depreciation of sterling since June’s Brexit vote but Chief Executive Mike Coupe dismissed those fears, saying he was “more confident than ever” about the acquisition’s prospects.

“In the same way that analysts say you’ve got a disproportionate impact on your cost base, I would argue completely the opposite which is scale gives you an advantage,” he said.

“It’s more likely that other people will find it more painful than we will.”

Conditions in the core supermarket business remain difficult and Sainsbury’s is also having to absorb higher costs as it responds to new national minimum wage levels.

Coupe said the market remained intensely competitive, with pricing pressure squeezing margins. But he said the full impact of the weaker pound on retail prices was as yet uncertain.

“Broadly speaking so far you haven’t seen any significant inflation with the exception of fuel,” he told reporters.

In the wake of last month’s “Marmitegate” row between Unilever (ULVR.L) and Tesco over who should take the hit from sterling’s fall, Coupe said it was incumbent on the multi-national suppliers to take some pain.

“Their returns (profitability) are substantially higher than our returns are. So we would encourage them to mitigate the cost price pressures that they may feel,” he said.

Sainsbury’s said its full-year underlying profit expectation for the enlarged group remained in line with the market consensus of 573 million pounds.

Coupe said the forecast for a weaker second half reflected a 4 percent pay rise to shop staff and “a hangover” from price cuts made earlier in the year.

Sainsbury’s also said it was on track to achieve its 500 million pound cost savings target by 2017-18 and set a new three-year target for savings of the same magnitude from 2018-19.

The company, whose net debt shrank to 1.3 billion pounds, maintained its interim dividend. But it said its pension deficit had increased by 674 million pounds since March to 1.06 billion pounds.